HRT and Cosmetic Surgery: the first on the hit list?

News item: Is The National Health in danger? We see HRT shortage! Is Brexit facing a menopause?And how about Cosmetic Surgery: suffering from the Brexit as well? Will Boris safe face?

It was not very difficult to predict that Boris Johnson was stretching the truth a bit by stating that a UK leave from the EU would save millions and millions of Pounds, better to be spend in NH. Why was it not difficult: I will tell you in a while.

But watch this: just now the BBC reported that Cosmetic Surgery is suffering from “Brexit Uncertainty” (BBS news 12th of August). Not too serious, I presume, considering other medical issues at stake. But watch the second BBC message: HRT, Hormone Replacement Therapy, is out of stock! Now one would argue that these issues do not relate to Mr Johnson personally, as far as we all presume (and hope), but it does indicate how serious matters are getting. And it shows what the Brexit – effect really is. Is National Health in danger, because the Brexit is getting near? Are patients taking in huge supplies in order to survive the bad times ahead? Are the two issues the first signs that also the more lifesaving medicine might run out one day?

And why was it not difficult to predict this? Well, people have the inclination to adjust the truth to suit themselvesand thus serve their own interests: More Power, More Voters, More Respect, A place in the history books. In the case of Boris Johnson, no little gains were at stake: a long lasting ambition to save the country, well if that doesn’t stimulate your creativity beyond limits! Based on one’s own interest, matters are portrayed in a better light and budgets are intentionally drawn up incorrectly. All of this is done with the express aim of influencing decision-making. Of course this is hidden, no manipulator of a certain ability would openly reveal his manipulation tactics. But it is there, very clearly. All we have to do is keep an open eye to the matter. That starts by accepting that manipulation is part of the world, in bigger and smaller cases. And from there we can think of how to deal with it. The biggest mistake would be to ignore the manipulation, to simply not believe it. Then you miss the boat! As a next step: identify the real interest: is that serving the country, or do we see other interests as well? If so: take your position and act. And in this case: let us see that Brexit and menopause stay two completely different things!

The result will be that you might even save the NH from not standing up to the task of delivering the medicine required. And that certainly counts if more serious, as in lifesaving, issues pop up. 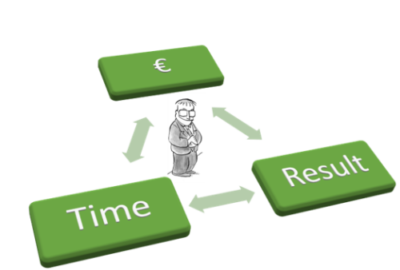